A hysterectomy is surgery to remove a woman’s uterus or womb. Hysterectomy may be used to treat uterine fibroids, endometriosis, cancer, severe vaginal bleeding, or chronic pelvic pain. To perform a hysterectomy, incisions are required to access and remove the uterus. Depending on the location of these incisions, different scars can develop – some of which are much larger and more visible than others in the stomach area.

For many women, it’s not just the surgery that bothers them, but the scars. In fact, a doctor in Florida surveyed women in his area about the scars and surgery, and most women agreed that the ideal procedure would be scar-free, or at worst leave small hidden scars.¹ This is particularly important in the case of hysterectomy for fibroids, as women in this group are more likely to be young, active, and concerned about the long-term reminder of the operation.

Over the past couple decades, surgeons have invented ways to minimize both the risks of the operation and the long-term cosmetic effects. Hysterectomies can be divided into three categories based on how the uterus is accessed: vaginal, laparoscopic, and abdominal.² Each of these approaches require different incisions and leave scars in unique locations when the incisions heal.

The laparoscopic approach may be preferred because it has a lower risk for infection, results in less pain, and has a faster healing time. However, there are times when a laparoscopic approach is started, but the surgeon decides to convert to the abdominal approach during the surgery. We cover more on conversion in hysterectomy surgery below.

Abdominal hysterectomy is the surgical removal of the uterus through the abdominal wall. The uterus is accessed through one large horizontal incision about halfway between the belly-button and the pubic bone,⁵ sometimes called a “bikini cut.” This is the most invasive approach to hysterectomy and leaves the largest scar of any hysterectomy technique.

In hysterectomy surgery, conversion is when the surgeon changes from one strategy to a different one midway through a surgery. This can happen for strategic or reactive reasons. A large study was undertaken in 2013 to evaluate how often a laparoscopic hysterectomy may be converted to an abdominal hysterectomy.⁶ They found that conversion happened roughly 5% of the time, and when it did, it was for strategic reasons 69% of the time, most often due to visibility or mobility problems of the uterus or surrounding structures as a consequence of the patient’s BMI or uterus size. A separate study in 2016 found similar rates of conversion, but also confirmed that experienced surgeons (with >20 laparoscopic hysterectomies) were much less likely to convert to the abdominal approach.⁷

Pictures of Stomach After Hysterectomy

Below you will find pictures of the stomach after a hysterectomy (laparoscopic and abdominal).

Abdominal hysterectomy usually leaves one large scar around the "bikini line," about halfway between the belly-button and the pubic bone. A visible crease is usually visible even after the incision is fully healed. Below are four images of an abdominal hysterectomy scar. 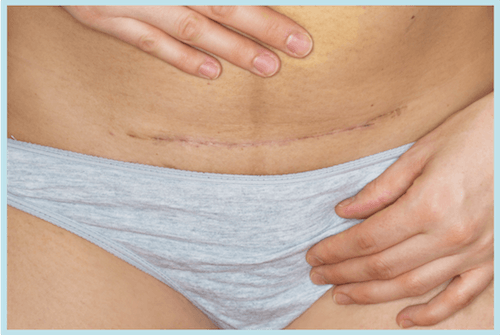 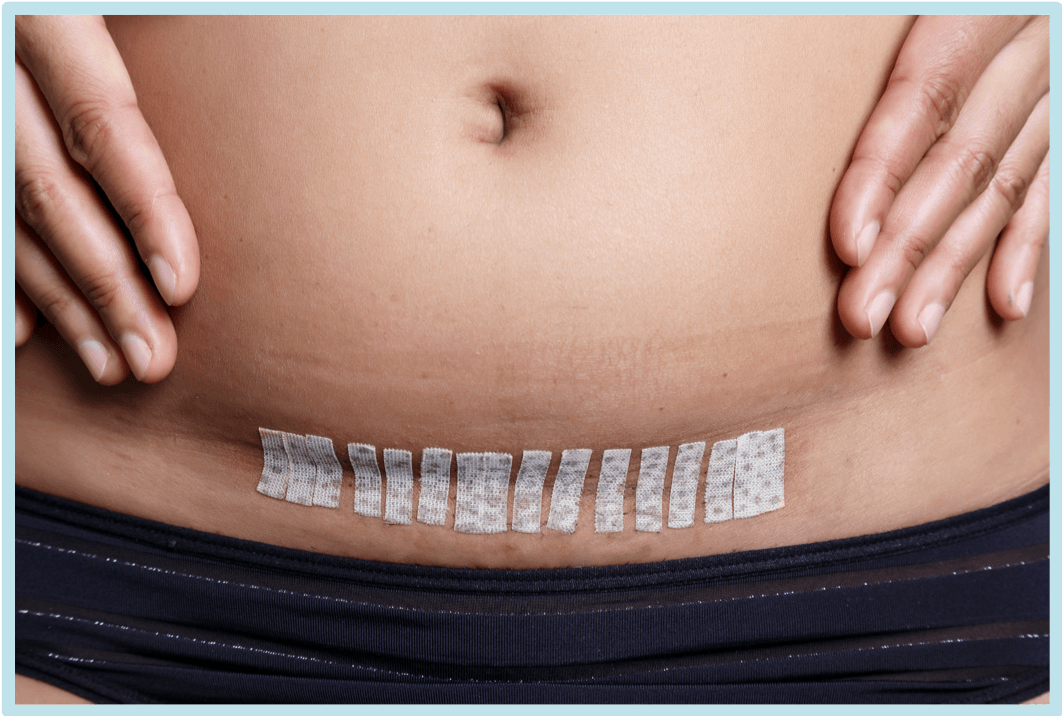 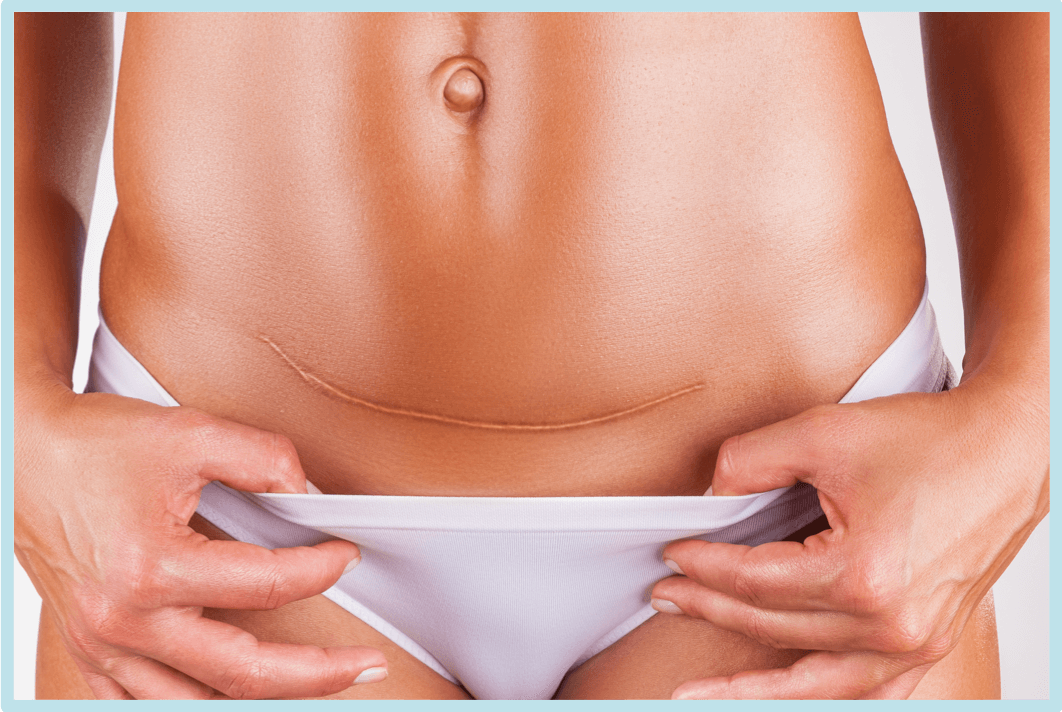 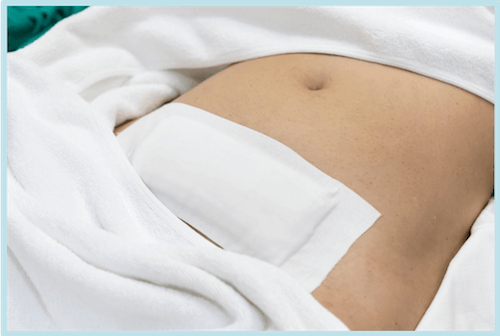 Hysterectomy for Fibroids – Best Option for You

Hysterectomy continues to be a common treatment option for fibroids. The benefits of a hysterectomy are worth considering, but invasive surgical procedures also carry significant risk. And depending on your specific case, hysterectomy scars may be an absolute certainty.

Dr. Michael Lalezarian is a practicing interventional radiologist with the Fibroid Specialists of University Vascular in Los Angeles, CA. In addition to patient care, Dr. Lalezarian teaches and supervises medical students, residents, and fellows as a full time teaching Professor in the Department of Radiology at UCLA. He is regarded as an expert in uterine fibroid embolization. You can view Dr. Lalezarian's full bio here.

This blog post was written with research and editorial assistance from OnChart™.

The Materials available on the FibroidSpecialists.org blog are for informational and educational purposes only and are not a substitute for the professional judgment of a healthcare professional in diagnosing and treating patients.

Differences Between A Fibroid, Cyst, & Polyp

Shrink Fibroids with Apple Cider Vinegar: Does it Really Work?